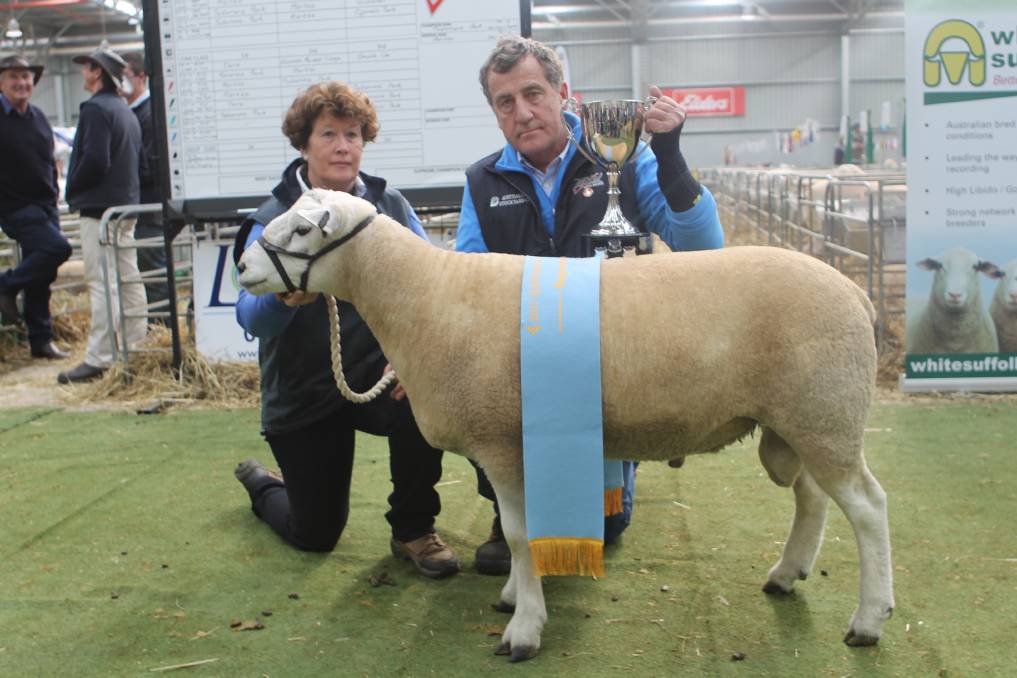 IMPORTING New Zealand Texel semen has paid off for Donald’s Tullamore Park stud, which took out this year’s supreme champion ribbon, at the Australian Sheep and Wool Show.
Tullamore Park co-principal Liz Russsell said the stud got in just in time, with the Broadgate stud semen, imported for a 2016 drop.

“Australia has now put a ban on the import of semen from New Zealand, because they have brought English texels into New Zealand and won’t allow imports,” she said.

“This is probably the last of the new genetics for our texels so we are quite pleased to have them.”
The winning ram weighed 101.5 kilograms and had figures of 4.5 millimetres of fat and muscle area of 49 millimetres.
“It’s another bloodline for us, they carry a lot of meat and are a very balanced sheep,” Ms Russell said.

“It has clicked really well for us – four of the five rams we brought to the show were from the New Zealand progeny, so we are quite pleased.”
Ms Russell said she was hopeful the genetics could be shared.
Judge Graham Day said the champion ram had a great deal of sire power.
“He is long, he is a beautiful headed ram, a proud ram on parade and his figures are good,” he said.
“He’s got more muscle in him than you would think.
“He is a good ram that paraded well.”